Description of the Book

Penrod is a collection of comic sketches by Booth Tarkington that was first published in 1914.

The book follows the misadventures of Penrod Schofield, an eleven-year-old boy growing up in the pre-World War I Midwestern United States, in a similar vein to The Adventures of Tom Sawyer

SKIP THIS SECTION AND JUMP TO THE DOWNLOAD BUTTONS BY CLICKING ME!

Newton Booth Tarkington (July 29, 1869 – May 19, 1946) was an American author and playwright best known for his novels The Magnificent Ambersons (1918) and Alice Adams (1921). He is one of only four authors to win the Pulitzer Prize for Fiction more than once, along with William Faulkner, John Updike, and Colson Whitehead. 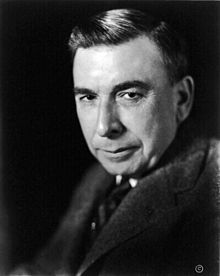 In the 1910s and 1920s, he was considered the greatest American novelist. Many of his stories have been adapted for film. During the first quarter of the 20th century, Tarkington, along with Meredith Nicholson, George Ade, and James Whitcomb Riley helped create the yellow book generation in Indiana.

You can read more about the author if you follow this link here: Booth Tarkington

You can download or read online, both of the eBooks we have for you, Penrod pdf, or the flip right above this little intro about the Author. Also, Don’t forget to share this awesome eBook with your friends and family so they can enjoy the read as well.

Wanna Learn More About Us?

If you want to learn more about us and check all the free books we offer in pdf or flip format then visit our homepage or go here: BajrontBooks.